Blair Witch: Into the Woods Once Again (Review) 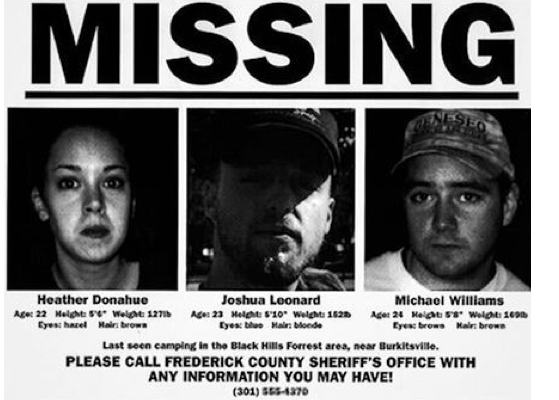 Blair Witch is a sequel/reboot to the pioneer of the found-footage genre, The Blair Witch Project, a film that managed to popularize a very niche genre to a broader audience, spawning some conceptually interesting and well made films (Trollhunter [2010], V/H/S [2012], amongst others), and also throwing up cheap schlock after cheap schlock (every Paranormal Activity after the first one, etc.)

But I digress. The original BWP managed to present one of the first examples of viral marketing for films, creating websites and fake news reports, with the intent of making the public believe this was a piece of nonfiction, something that isn’t really possible to do in today’s age.

Instead, Blair Witch was advertised as a completely different film, titled The Woods, until very recently. I remember being excited for a new Adam Wingard film, whose previous works had definitely caught my interest, such as You’re Next [2011] and The Guest [2014]). Upon hearing of the reveal, however, I felt a sense of apprehension; does there really need to be another Blair Witch?

Well, if anything, about 20-30 minutes of Blair Witch proved me wrong; the last portion of the movie. Let’s not talk about that part; if you’re a fan of horror, you’ll most likely love it, and it’s better if you experience it for yourself. It does a good job at creating the perfect amount of dread, the type that found-footage can excel at. Everything before that last portion however, is a bit of another story.

While Heather from the original cast is pretty much believed to be dead, her brother, James, believes differently, based on some, ironically enough, footage found on YouTube.

So James, along with his some close friends, one of whom also wishes to shoot a documentary, and the two conspiracy-believing outcasts who found and uploaded the footage, decide to set off into some menacingly named woods in hopes of not dying.

The characters don’t really develop into anything other than what they were introduced as, a bunch of annoying college students. If they started out as stereotypes; the jock, the nerd, etc, perhaps, they could have been options to honor or maybe even diverge from those classic horror tropes; but no, they’re mostly just a bunch of whiners that complain at every chance they get.

The most glaring issue for me is the fact that down to it’s core, Blair Witch is only a Blair Witch movie in name and “monster” alone.

Oh yes, there’s an actual monster this time, and while I suppose that makes the threat a tad bit more tangible, the part that made the BWP such a beloved little niche film to some is the fact that we really didn’t fully know the extent of just how haunted those woods really were; with this movie, there’s really not much speculation to be had.

Maybe all that the witch could do was rustle some leaves and make little wood effigies, and the rest was up to the group’s paranoia. It’s the fear of the unknown and the unseen that made the original such a classic. Not everybody will be scared of this fear, true, but at least it leaves the film open to audience interpretation.

Most scares are jump scares, and while there’s no accompanying little screech of music that follows, there’s usually something equally annoying, like camera static or, oddly enough, sounds of explosions. I swear that I heard a couple of those; I suppose the witch was a demolitions expert in the past life.

It pains me to say it, but Blair Witch borders on being a bit of a mess of a film. It almost feels like something that could have come out a year after the original, a cash-grab that had basically the same set-up as the first film, but everything is just “bigger and better.”

Funny thing is, there was a lesser known sequel to BWP, Book of Shadows, which came out only a year after, and, well, it kind of sucked. I suppose it took them sixteen years to build up the confidence to make another.

Truth be told, I can’t say that I recommend Blair Witch. Maybe if you’ve already checked out Don’t Breathe, and don’t have any other horror films to watch, or maybe if you’re willing to wait until the last portion of the film. Otherwise, you’re probably better off not spending the cost of the ticket.

Do something more productive with your life. Go out on a woodland hike, or shoot a documentary, perhaps.