Can You Survive on Mars? 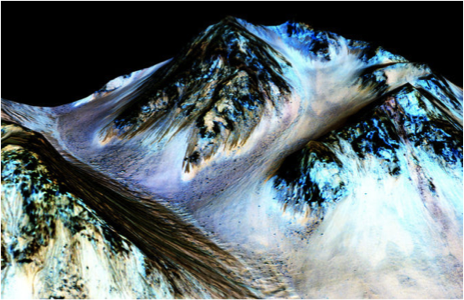 If a global apocalypse were to take over the world today, where should we go? A possible answer to this question is: Mars. Our neighbor of approximately 54.6 million kilometers may be a potential sanctuary. Recently, officials and scientists from NASA have announced the discovery of what seems to be running water on the planet of Mars.

Before we all get too excited, the big question at hand is whether or not life exists beyond the boundaries of our very own planet. Though there are not large bodies of water like those on Earth, there are long and extensive streaks of hydrated salt that have recently been discovered. Many unanswered questions are still preventing scientists from understanding this discovery, such as the source of the water.

Up until the discovery, Mars was assumed to be a planet barren and devoid of life entirely. But now, thanks to this discovery, the scientific community is astounded and intrigued by even the slightest possibility of life beyond our Earth.

As of now, NASA officials are trying to carefully plan and pick a safe and ideal landing site on the planet. The space agency’s Curiosity rover is currently exploring the planet at a safe distance of one to two miles away. What is crucial now is for NASA to make a decision: whether to drive onto the streaks of water themselves, or to observe from above the surface.

But however scientifically astonishing this may be, NASA cannot start researching on the planet this instant due to the dangers of potentially contaminating Mars with our own rovers. One false move can lead to a disaster that could destroy any chances of knowing whether life exists beyond our own planet.

As one might expect, finding ways to investigate and analyze the flowing water on Mars is easier said than done. Such research will be financially costly as well as risky, due to potentially dangerous effects of contaminating the planet with scientific equipment. So as of now, NASA’s next rover is scheduled to launch to Mars in 5 years. This operation is extremely risky and must require careful planning of every minute detail. Hopefully this project will not only reveal to the scientific community the truth of whether or not life exists on Mars, but also uncover more secrets about the mysterious planet.