FBI Taking a Bite out of the Apple 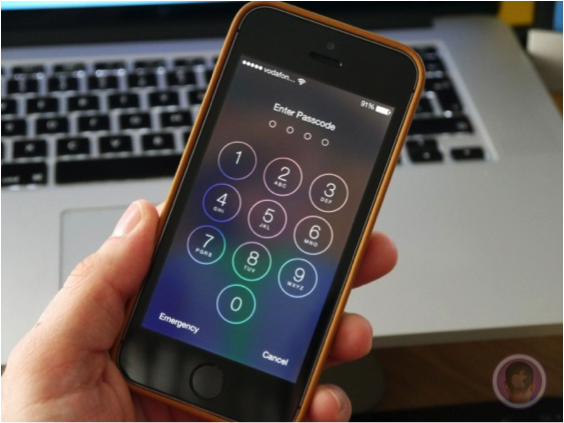 Everyone has been told at one time or another not to give out his or her phone or laptop passwords, or personal information for the protection of “privacy.” Not many would feel comfortable with others snooping through their phone. This idea is understood and upheld by many technology manufacturers. But what if unlocking a phone was a matter of national security? Would this change the situation? This is the dilemma that is Apple is currently facing.

Currently the FBI is working to force Apple to get into the encrypted phones of the San Bernardino gunmen. Apple, however, has continuously opposed this action, taking it so far as to accuse the FBI of violating their constitutional rights. Apple expresses its deepest sympathies for those affected by the San Bernardino killings in their public address, but state that, “…the U.S. government has asked us for something we simply do not have, and something we consider too dangerous to create”.

Meanwhile, the FBI believes that Apple is doing an injustice to the people of the United States by withholding information that could affect matters of national security. There is a possibility that the phones of the killers could contain information related to ISIS, the extremist group that one of the shooters supported.

There are many stances to take on this issue, and it is difficult to decide who is right. Both sides of this argument have good support and evidence. For instance, Apple makes the argument, “The FBI may use different words to describe this tool, but make no mistake: Building a version of iOS that bypasses security in this way would undeniably create a backdoor. And while the government may argue that its use would be limited to this case, there is no way to guarantee such control.” There is no obvious solution to this high level debate.

So far there has not been a resolution to this issue between Apple and the FBI.   Each seems to be holding steady to their positions. The federal court, or perhaps Congress, will determine what happens in this case. For now, we rely on the information that the FBI and the CIA already have on the Bernardino shooters to prevent this kind of tragedy in the future.