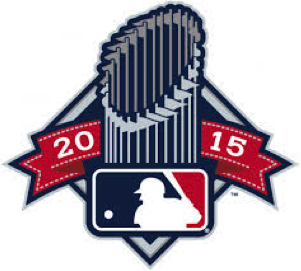 It seems as if it was just yesterday that the various ballparks across the country were filled, with eager fans ready to start the 2015 MLB season. 6 months and 162 games later, we find ourselves at the start of the post-season. 10 teams remain, and while some teams were givens to reach this point of the year, nobody could’ve seen some of the other teams still alive making it this far. Here’s who I think will be popping the champagne bottles and hoisting the hardware by the end of October.

After posting a miserable 51-111 record two years ago, the Astros find themselves playing in the postseason this year. Now equipped with an entirely new roster, they will send their left-handed ace and possible American League Cy Young Award winner Dallas Keuchel to the mound to pitch against an injured Yankees lineup that struggles on offense without star first baseman Mark Teixeira. Complementing Dallas Keuchel on the Astros offense is a lineup that features Carlos Correa, Carlos Gomez and Jose Altuve. Houston’s balance of pitching and hitting will prove to be too much for the Yankees, whose season will unfortunately end in front of their home crowd.

While the Cubs may be the more talented team in this matchup, they feature a young pitching rotation led by ace Jake Arrieta and an even younger lineup consisting of stars such as Kris Bryant and Anthony Rizzo. The Pirates, on the other hand, will be playing in their 3rd consecutive Wild Card game and will be looking to avenge last years 8-0 loss to the eventual World Series winners, San Francisco Giants. The inexperience of this Cubs team and having to play this pivotal game on the road will cause them to fold under pressure, and the Pirates will end up advancing to the next round.

After last season’s magical run that started in the AL Wildcard game and ended in the World Series, the Royals will look to continue to impress after a great regular season and show they are for real. After acquiring all-star pitcher Johnny Cueto during the season to go along with pitcher Yordano Ventura, the Royals now not only have stellar defense, but a strong pitching rotation as well. Expect the defense and past playoff experience to carry the Royals past this up-and-coming Astros squad.

No team improved themselves more over the course of the season than the Blue Jays did. They started out the season in the middle of the pack and it did not seem like they were going to make it to the post season. However, that changed in one day as they acquired superstars Troy Tulowitzki and David Price. Now they find themselves in October, having far and away the best offense in the entire league, lead by projected AL MVP Josh Donaldson. Price leads their rotation, which is not the best, but definitely good enough to bring them to the World Series. Expect the Blue Jays to go far this postseason.

The Cardinals were the only team in the MLB to reach 100 wins for the season, going 100-62, an accomplishment that shows how they played compared to the other teams; on another level. They are the best all-around team in baseball, and their record only helps prove this. There isn’t anything this team can’t do. Great pitching, led by Carlos Martinez, who stepped up after ace Adam Wainwright went down with an injury. But, with Wainwright returning, the Cardinals are only improved for the start of the playoffs, a scary statement to make considering they held the best record in the league.

Similar to the Blue jays, the Mets also had a huge trade deadline that propelled them to one of the biggest season turnarounds the MLB has seen. Their offense went from one of the worst in the league to one of the best, thanks to acquisition of superstar hitter Yoenis Cespedes. The best part about acquiring Cespedes’ has been his quality hitting at the plate. Although the Dodgers have the best duo of pitchers in Clayton Kershaw and Zach Greinke, they lack the hitting that the Mets have. Also, the Mets deep rotation will have the Dodgers facing future aces in Jacob DeGrom, Matt Harvey, Noah Syndegaard and Steven Matz. Look for the Mets to ride their pitching staff throughout the postseason.

The Blue Jays offense will carry them in this matchup. The weak part of the Royals is their pitching, and the strong part of the Blue Jays is their power. The Jays bats, featuring Troy Tulowitzki, Jose Bautista, and Josh Donaldson will allow them to power their way into their first World Series since the 1993.

The Mets’ amazing turnaround season ends, as the Cardinals will use their talent and deep playoff experience to their advantage and move on to the World Series. Jason Heyward, Adam Wainwright and co. will avenge last years NLCS loss to the Giants by going to their 3rd world series in the past 8 years.

The Blue Jays huge trade deadline pays off, as their massively improved pitching and historically good offense proves to be good enough to take the World Series back to Canada. Josh Donaldson is named World Series MVP as he caps off an amazing season, one which very few could have seen coming.