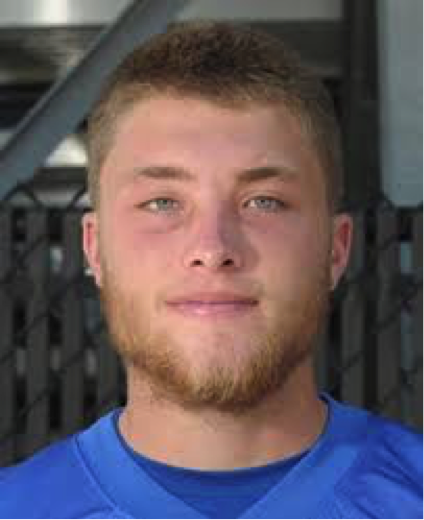 The following is an op-ed piece.

On September 25, 2015 Warren Hills was playing Summit HS underneath the “Friday night lights” just like majority of other football teams in the United States. Little did we know, one football game that is meant to bring joy to players and fans resulted in death and tragedy. Warren Hills quarterback was found dead after a hit and a lacerated spleen that caused internal bleeding.

Nothing seemed different with 17-year-old Warren Hills senior quarterback Evan Murray. Late first half, Murray took a hit; a helmet to the stomach. Right away the team helped Evan limp off to the sidelines where staff immediately attended to him. He was taken to a nearby hospital after giving thumbs up to the crowd and team before exiting the Warren Hills High School grounds.

An autopsy of the High school student from Warren County found the cause of death to be massive internal bleeding due to the laceration and an undiscovered case of “mono.” Morris County Medical Examiner Dr. Ronald Suarez determined during the examination that Murray had an abnormally enlarged spleen that made it more susceptible to injury. They found zero evidence of heart disease or head trauma.

As a student athlete, this brings up controversy. There needs to be a call to action. Athletes like myself, are opposed to being relegated to the bench because they hate sitting out. Athletes embrace playing time and those who are tough, will play through just about any hit or collision. But how do we (athletes) know when to come off the field when we think something is wrong? What’s the difference between a bruised lung or a collapsed lung?

Because of the athletes’ resilience, we need to be educated on sports injuries protocol. The controversy comes from where exactly does it fit into the curriculum of the school. I believe it should be a part of health class from the start of freshman year in high school where sports become more physical. If it is too much for the curriculum to handle, a school should have an educated athletic trainer that should deliver a seminar before all practices or games start about injuries and the procedure for them.

What stops something like Murray’s tragic death happening to our very own student athletes? There needs to be more of a protocol. There has been some rules put in such as during football when a helmet comes off, you have to come out of the game just incase of a concussion for tests. Also during soccer, if you are down on the field and the referee has to stop the clock, he or she will have to come off the field to receive attendance from a trainer.

In the end, this is not a one-time thing. Do not get me wrong by that statement, Murray will forever be remembered and may he rest in peace, however, Murray is not the only culprit of this type of accident. There is a need to educate athletes and their coaches about injury protocol so we can refrain from terrible accidents like these.