Are there more doors or wheels in the world? 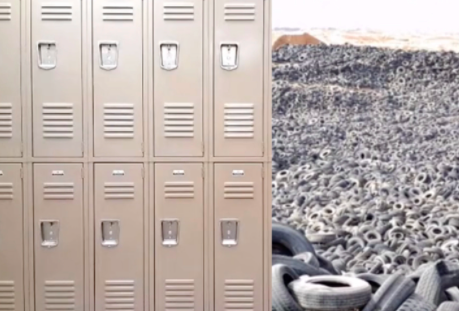 There has been a growing debate on social media whether there are more doors or wheels in the world, and it seems the debate has reached Pascack Hills. There really is no clear answer as to which is the winner before we classify what a door is, and what we classify as a wheel.

The way to start this debate is to specify that a door, according to the Oxford Dictionary definition, is “a hinged, sliding, or revolving barrier at the entrance to a building, room, or vehicle, or in the framework of a cupboard.” With this definition, it would be easy to say that doors win.

Think of the tall buildings in New York City housing, there are millions of people, each with a door to every room and many cabinets. There are school buildings with lockers and bathroom stalls, and hospitals that all have a door to every room. That is why, with little thought into the complexity of the question, it is easy to say doors. Now, we have to look at the definition of a wheel.

Oxford dictionary says a wheel is “a circular object that revolves on an axle and is fixed below a vehicle or other object to enable it to move easily over the ground.” The definition for wheels is much broader than the definition for doors, so it is easier to classify more objects as wheels.

This doesn’t just have to be the four wheels on a car, but also the wheels in a drawer that enable it to open, the thousands of wheels on a conveyor belt in thousands of factories all over the world, or even just the wheels on rolling chairs in millions of offices. Doors might have a greater sum than wheels in regular apartment buildings where there may be less drawers, but wheels are an invention meant to make daily life easier, and therefore will be present in many areas of our lives.

The biggest argument for wheels is cars. There were around 1.32 billion cars, trucks, and buses in the world in 2016 and has surpassed 1.4 in the years since. A large portion of that number are cars, each with four wheels, but people often forget about the four doors. Now, this would mean that cars cancel out doors and wheels because they are equal, but this is untrue. There are some cars with only two doors, like a sports car or a convertible. Or 18-wheeler trucks with two doors and 18 wheels.

Then, there are bikes, motorcycles, and skateboards with no doors at all. And guess how many bikes there are in the world? The estimate is around 1 billion. That’s two billion wheels just with bikes. Furthermore, there are trains and subways, with eight wheels per cart, and with 2-4 doors. This would make wheels outnumber doors for vehicles.

Along with this, there is the argument of the conveyor belt. Rolling conveyor belts are used in the automotive, mining, food and beverage, bottling, warehouse & logistics and packaging industries. On those conveyor belts, there are thousands of wheels rolling the boxes and products down. Wheels would outnumber doors in factories.

Another argument that has been brought up time and time again is Hot Wheels. Now, you may be thinking, I don’t own any Hot Wheels so how could this be an argument? Hot Wheels has produced four billion cars since 1968. That’s 16 Billion wheels just from one toy company. Lego produced 318 million wheels just last year. Heelys, a shoe company that sells sneakers with a wheel on the bottom, has sold 4.5 million pairs, making 9 million wheels. So, it seems that toys have been greatly underestimated in the argument of more doors or wheels.

Bringing back the idea of hotels and cruise ships in support of the door argument, think of how many rooms there are with two doors each. There are more than you can count. But, what do people bring on a cruise or to a hotel? Suitcases. Each with four wheels, outnumbering doors if a suitcase is present. There could even be more than one suitcase if they are traveling in a group, bringing the number of wheels to eight or even 12. Although, this argument only works if the person brings a suitcase. Some people sport a handheld bag or a backpack instead if it is only a short stay, but, it is more likely than not that there will be enough suitcases present in a hotel or cruise to outnumber doors.

Even with all of this information, in a standard house, there are around two exit and entry doors, but also cabinet doors, closet doors, doors to enter a bedroom or bathroom, the list goes on. A family may not have many drawers, which contain four wheels each, and might not have toys that contain wheels, and will probably have a car with four doors. Even if they have a bike, the ratio of doors to wheels in a regular household is totally dependent on the house.

How many drawers they have, how many bedrooms and bathrooms, and even how many toys with wheels like Legos or Hotwheels. Even so, there are always doors in a house no matter what, whereas there are some small chances where wheels aren’t present at all.

With everything we know about the abundance of wheels, it seems like we can say there are more wheels than doors, but we can’t forget about bathrooms, each with stall doors. There are millions of public bathrooms just in the United States. It seems that doors have a more demanding presence than wheels because they are larger and need less thought to find.

Wheels are hidden in technology with gears, there are at least two wheels on the bottom of the majority of gym equipment like treadmills, and they are clearly present in wheelchairs, skateboards, planes, shopping carts, garage doors, coolers, and many moor. Doors may be more accessible to find, but wheels outnumber doors due to the sheer fact that most modern technology uses them.