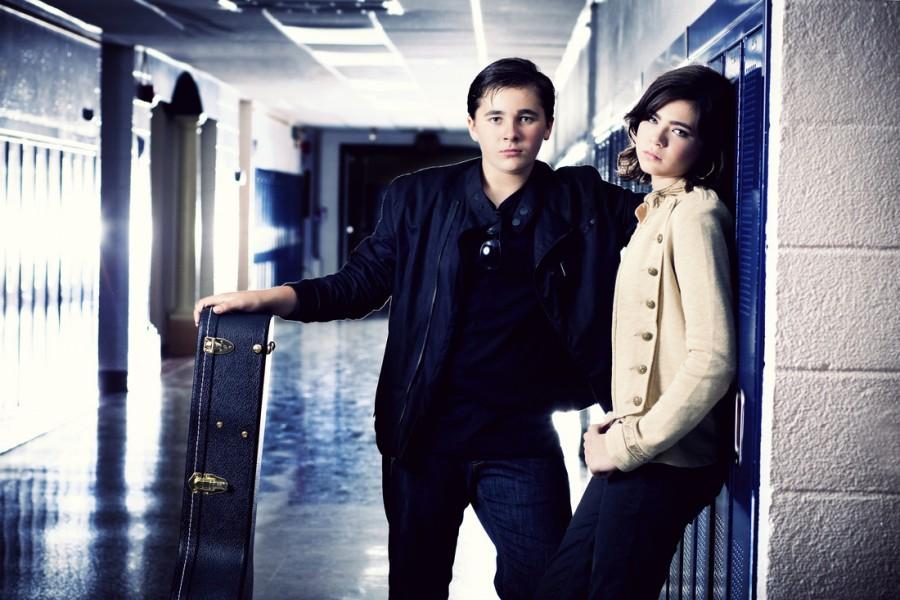 Between The Front Bottoms, an alternative rock band led by Brian Sella and Matt Uychich (Class of 2006), and Zac Moncrief (Class of 1989), who directed over fifty episodes on the hit television show Phineas & Ferb, Pascack Hills has had a lot of talent enter its doors. What may come as a surprise, however, is that we have two wildly talented musicians calling Cowboy Country home right now. Hailing from Woodcliff Lake, the “Hi-Fi Twins,” or as many freshmen and good friends know them, Hyatt and Fiona Cohen, are  industrious students by day, but by moonlight are an iTunes-published musical duo. You may know Hyatt and Fiona – but who are Hi-Fi Twins?

One thing that has to be understood is that Hi-Fi Twins did not happen overnight. From a very young age, the twins were invested in music, according to Fiona. “Hyatt started guitar lessons at six years old, and I started piano and guitar a couple years later.”

And it helped that their parents were also music fanatics. While the earliest memories of some include listening to “Hey Ya!” by Outkast on their iPod Nano, Hyatt and Fiona were exposed to some classic musicians, such as Bruce Springsteen, Frank Sinatra, and Chuck Berry. As they got older, their music tastes changed – Fiona calls herself a big fan of Mumford and Sons, you can find Hyatt listening to an eclectic blend of anything from John Mayer to Eminem– but one thing that didn’t change is their love for music.  Despite their mutual adoration for music, it wasn’t until their “tween” years that Hi-Fi Twins was born.

“At the age of eleven, I started to write songs, and then one thing led to another. We met with a producer when we were 12 who loved our songs and the fact that we can harmonize… In a short time we were in a music studio building our songs. By the time we were thirteen, we had recorded an EP. Soon after, we shot a music video.” Fiona says the experience has been extremely rewarding, and it’s something she’s eternally grateful for.

But, enough about the past. I decided to look into the future when I asked the question that’s on many students’ minds: WHERE’S THE NEW MUSIC?!?

Fiona assures us that it’s coming in due time. “I’ve got a notebook full of songs that are waiting to be recorded, and more ideas in the works. We are so busy now with school but when we have some time I look forward to working on my new songs.”

Fiona and Hyatt are intelligent, hard-working students inside the classroom, but they double as talented singers, songwriters, and composers. Look out for their new music, but in the meantime, check out their music on iTunes, SoundCloud, and Spotify!