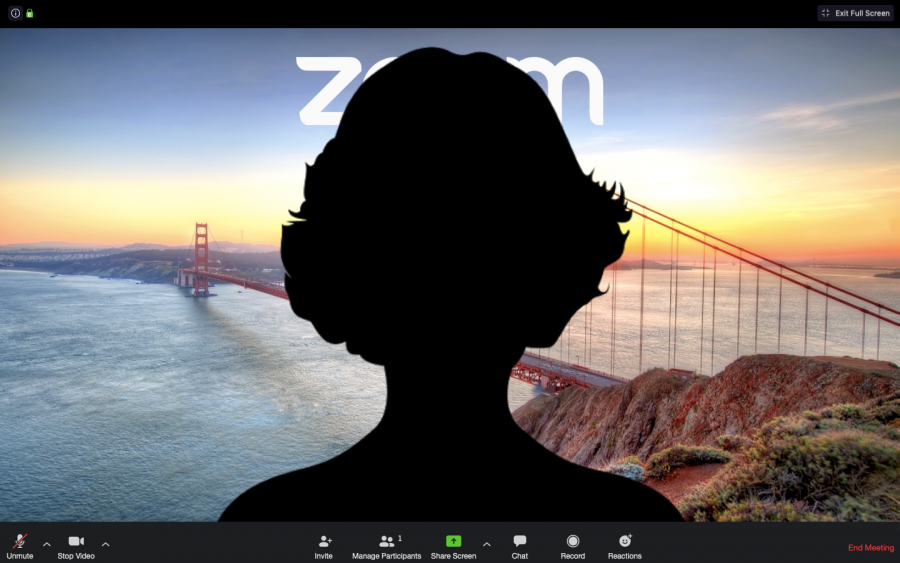 A silhouette in front of a common virtual background offered by Zoom, a video conferencing service. Some students choose to turn off their camera or mute their microphone during virtual classes.

How virtual learning is obfuscating self-image

Muting one’s microphone and disabling one’s camera are esteemed privileges to any student who wishes to maintain their privacy.

The Covid-19 pandemic has restricted learning to the personal realm of one’s home. The 21st century’s technological mastery has allowed for a relatively seamless transition mainly by replacing face-to-face contact with video calls, an effective alternative.

However, with the ease of modernity comes its many setbacks which at first reveal themselves as advantages to the user. The popular video-chat options of muting one’s microphone and disabling one’s camera act as esteemed privileges to any student who wishes to maintain their privacy to the extent that they can. Hills junior Sammy Mansueto comments that she “[turns her] camera and mic off for all meetings” in order to “feel more comfortable in classes.”

I am always cognizant of the way that technology has encroached on our lives, but I always thought that our generation’s dilemma would be a self-induced overexposure of ourselves, not a steady retreat.  Now, as my camera is the sole lifeline to the many people I once interacted with on a daily basis, I am shocked at the facility with which I wish to recede into its shadows.

“
It’s almost relaxing to not be on screen at times. I hate showing my face in classes.”

But to exist carefree if at least for an hour, muted and donning an invisible cloak, provides a brief respite from the taxing toll of simply living in this confusing era. It is almost liberating to sit in on a class and loudly express your annoyances, then receive a surge of adrenaline as you quickly double-check your mic’s status. Besides these more hedonistic motives to silence your end of the call, the option to erase yourself from a virtual classroom provides comforting privacy that to many allows an unobtrusive learning environment. Pascack Hills student Yemie Woo adds that “it’s almost relaxing to not be on screen at times. I hate showing my face in classes.”

What’s to lose with this innocuous video call feature?

The situation brings to mind Elif Batuman’s The Idiot, in which Batuman’s narrator has a Thoreau-reminiscent romance that involves almost no physical contact but solely communication through the seemingly revolutionary new media of email. The digitization of important encounters and whole relationships forces the protagonist to consider the broader implications of her feelings outside of her computer, a nuance which hadn’t previously occurred to her. The novel is an exercise in self-recognition through the other when the “other” is herself: coming to terms with her desires through a personality that seems alien to her because it was born on a computer screen.

The immaterialization of ourselves through virtual learning has translated into a virtual extension of our minds in an unfamiliar space. Perhaps this was initiated in the physical classroom months ago as we trained ourselves to reject natural tendencies in favor of a more professional air around authority figures. As we progress into the destruction of physical forms, we are erasing the self, as we consciously erase the way we present ourselves to others.

But as Batuman’s thesis goes, the recognition of the self ultimately triumphs in this narrative as it eventually will now in the 21st century as we muddle through this new and unfounded era. Though it may seem now that an identity loss is counterintuitive to an eventual identity discovery, Batuman argues through the course of her protagonist’s journey into young love that it is quite the opposite. A recognition of the other only reveals more of the self in the end, just as Batuman recognizes the oddities of falling in love with a virtual figment of a person only through examining the other in the form of her written word reflected back to her on a screen.

Distancing ourselves from our own physical manifestations will ultimately result in self-renewal and discovery. As we reflect on the placeholders we implement on screens to replace our bodies, we will come to reflect upon the meaning of these “second” selves and what their meanings represent for our consciousnesses. How will we grow and change throughout the quarantine? How will we grow to acknowledge the virtual limbs that ground us to reality but at the same time drift us further away with each meeting from ourselves?

As time loses meaning and we float endlessly through a river of isolation and uncertainty, hopefully, a Zoom call can force us to identify the parts of ourselves that have become as socially distant to our minds as our physical bodies are to one another. 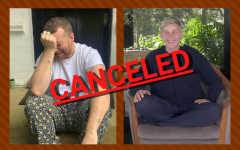 Privilege during a pandemic: how cancel culture continues in quarantine 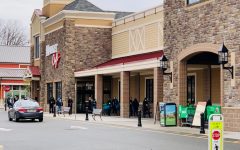 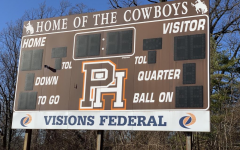 The right moment to reconsider our mascots 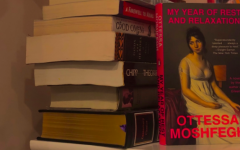 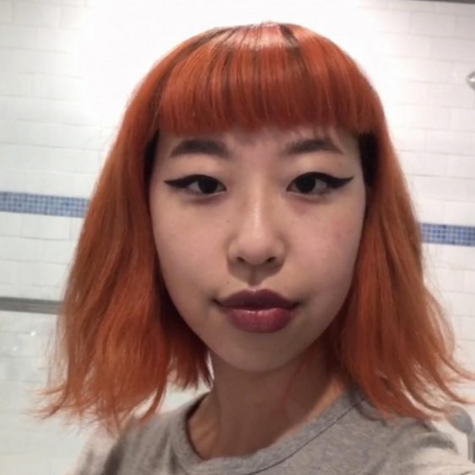 Claudia Kim is a senior at Hills and is excited to be working on the Trailblazer as an editor this year. Along with Lauren Eusebio, Claudia edits for the Opinion section, a part of the paper that gives Hills students a place to be heard.