The Asian Culture Club at Hills meets on April 9 to discuss their ongoing efforts to educate and respond to acts of anti-Asian violence.

Since the start of the Covid-19 pandemic in the spring of 2020, Asian Americans and Pacific Islanders have faced an increase in xenophobic hatred and violence.

The New York Police Department reported that hate crimes stimulated by anti-Asian motivation grew 1,900% in New York City last year. Stop Asian American and Pacific Islander (AAPI) Hate, a platform created at the beginning of the pandemic that tracks incidents of xenophobia against Asian Americans and Pacific Islanders in the United States, received 2,808 reports of anti-Asian discrimination between March 19 and Dec. 31, 2020.

More than a year after these attacks began, the pandemic has led Asian Americans –– many of whom have felt invisible –– to speak out against the xenophobia being directed their way, and the American legal system’s response. 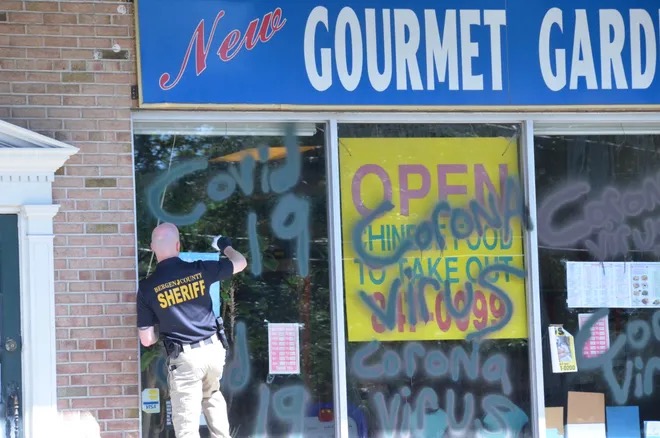 Authorities labeled the vandalism of a Chinese restaurant in Wyckoff as a bias crime. June 17 , 2020.

The local and national response to anti-Asian violence

The violence has continued into 2021, and President Joe Biden signed an executive order denouncing anti-Asian discrimination in January. “The federal government must recognize that it has played a role in furthering these xenophobic sentiments through the actions of political leaders, including references to the Covid-19 pandemic by the geographic location of its origin,” Biden said in his order.

Many attribute the rise in violence with the rhetoric of former President Donald Trump as he repeatedly referred to Covid-19 as “the China virus,” blaming the Asian community for the spread of the coronavirus.

Even before the pandemic, Asian Americans faced discrimination and hate crimes in the U.S. In 1882, the Chinese Exclusion Act banned Chinese immigrants from entering the country. This was the only federal legislation to suspend immigration from a specific nationality.

During World War II, the federal government imprisoned about 120,000 Japanese American citizens in internment camps solely because of their race. These camps were patrolled by armed guards who had instructions to shoot anyone who tried to escape.

Today, Asian American leaders are urging their community to report any incidents, despite personal embarrassment or lack of details. They are calling for greater enforcement of existing hate-crime laws, better communication with local police departments that are investigating hateful incidents, and other Americans to consider their actions and words towards them.

Asian American journalists are also sharing their own stories of discrimination on social media, while Asian celebrities such as Sandra Oh, Lana Condor, Jeremy Lin, Daniel Dae Kim, and more are using their platforms to advocate against anti-Asian racism.

This advocacy has only increased in recent weeks. On March 16, eight people, including six women of Asian ancestry, were killed at three massage parlors in the Atlanta area. Since then, 21-year-old Robert Aaron Long has been arrested and charged with eight counts of murder.

The attack led to renewed discussions about systemic anti-Asian racism, as well as marches and rallies around the world. Although the suspect reportedly told police that race was not the motive, this shooting has made people more aware of other anti-Asian crimes that were committed in the past.

Dr. Russell Jeung, co-founder of Stop AAPI Hate, emphasized that community efforts and solidarity are the only ways to curb racist attacks, noting that the organization “had hundreds of accounts to go to the state legislature and say, ‘This is happening. We need to get it documented. We need to proactively address these trends.’ And since the government didn’t have the capacity in California, we started our own website as a reporting center, and it just launched last week and we’ve been getting over 100 reports every day.”

The Pascack Hills community is not far from places where there has been Anti-Asian recently. In June 2020, a Chinese restaurant in Wyckoff was spray-painted with “coronavirus” and “Covid-19” on the windows. The act has been labeled a bias crime.

Incidents involving Asian or Pacific Islander individuals in New Jersey increased 82% over the past year, from 39 in 2019 to 71 in 2020, according to data compiled by state police. Recently, New Jersey announced that it will expand reporting on hate crimes in wake of anti-Asian attacks and a rise in bias incidents. 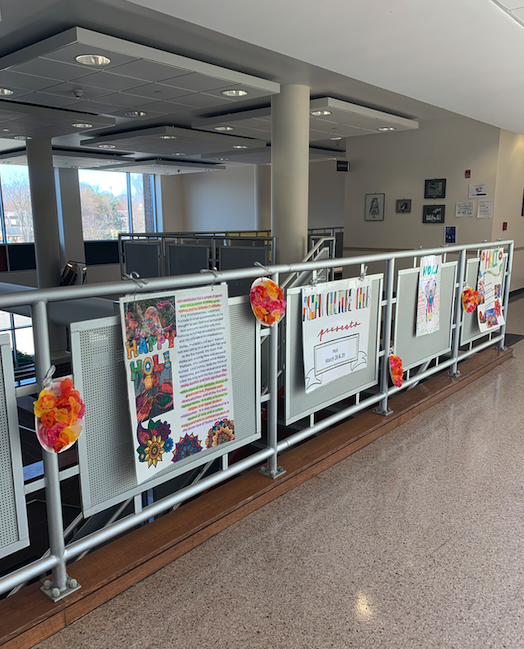 The Asian Culture Club hung signs near the main staircase at Hills to educate about the ancient Hindu festival Holi.

The response at Hills to anti-Asian violence

The Hills AAPI community has spoken up regarding recent anti-Asian hate crimes. Claudia Kim, a senior at Hills and co-founder of the Asian Culture Club, gave her input.

“Racism against Asians is often pushed aside in comparison to other types of bigotry, but this xenophobia does exist, no matter how unsensationalized it might be… we need to combat racism against Asian people through education and the elimination of pointless fear-mongering related to the coronavirus.”

Yemie Woo, another Hills senior and co-president of the Asian Culture Club, added, “the violence against Asian Americans during the rise of Covid-19 is the reason why Claudia and I were prompted to start the Asian Culture Club, and it is evident from the increasing violence toward the Asian American community that as a society, we need to become more aware and compassionate of other culture… Hate is a virus, and this time around, let’s take the proper measures to stop it.”

Jane Yeam, the advisor for the club, discussed how students have worked to bring awareness to Asian hate crimes.

“The Asian Culture Club’s student leadership is very proactive about trying to bring light to issues impacting the Asian American community and to promote awareness about things like #StopAsianHate. Last year the club created a video and held open forums for students to be able to gather and safely talk about these issues, but recently, [they] wrote an email with a powerful message to the Pascack Hills student body about the rise in Asian hate crimes and violence,” she said.

In addition to the email, Kim noted that the club has decorated the lobby and sent in morning announcements to bring awareness to the AAPI community.

Yeam has hope for future peace among the AAPI community. She explained, “With recent light being shed on how acts of violence and hate have increased against Asians and the Asian American community during the coronavirus pandemic, many Asian Americans can’t help but be gripped with fear, especially with the shooting of six Asian women that occurred in Atlanta.

“With an Asian American female vice president at the helm of our nation alongside the president, like the rest of the Asian American Pacific Islander community, I am looking to see the kind of uniting role that our nation’s leaders will play in bringing comfort and peace to the AAPI community.”